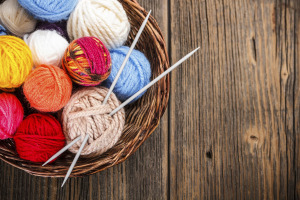 Lori (Anderson) Farion, 68, of Williamsport, PA, passed away after a brief illness on Friday, June 11, 2021, at The Gatehouse hospice facility in Williamsport. She was born in Mount Clemens, MI, on March 10, 1953, a daughter of Norman and Theda (Syrja) Anderson. She worked as a medical transcriptionist for over forty years at Good Samaritan Hospital in Los Angeles, CA, retiring in 2016. Lori enjoyed knitting, her cats, dancing, music, reading, and astrology. Her heart was in L.A., as she loved California, but she also enjoyed her new life in Williamsport, which began in June 2020.

There will be no funeral or memorial service. If you knew Lori, you knew she gave a helping hand, a couch to sleep on, a shoulder to cry on, and held space with no judgement to anyone in need. The family asks that if you are able to do any of these things, you would be giving a way for Lori to live on. Help someone out if you are in a position to do so. If you are feeling down, her remedy for self-care was a good steak and a nice glass of red wine. Raise your glass (with your beverage of choice) to Lori. She will be missed.

[chorus from “Hymn to Her”]

To send flowers to the family or plant a tree in memory of Lori A. (Anderson) Farion, please visit our floral store.

A Memorial Tree was planted for Lori

Join in honoring their life - plant a memorial tree

You can still show your support by sending flowers directly to the family, or by planting a memorial tree in the memory of Lori A. (Anderson) Farion
© 2022 Rearick-Carpenter Funeral Home, Ltd.. All Rights Reserved. Funeral Home website by CFS & TA | Terms of Use | Privacy Policy | Accessibility