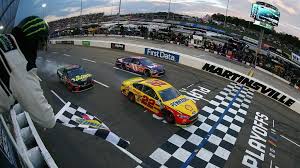 John Willard Fiedler, 86, of Avis, passed away, November 14, 2020 at the Williamsport Hospital with his wife by his side.  He was born August 26, 1934 in Loganton aka Sugar Valley; the son of the late Willard and Ruth (Kreighbaum) Fidler.

He was married to the former Mary L. (Welshans) and they spent many happy years together.  John was a well known “self taught” auto repair mechanic and maintenance man. He worked for many years at Heller’s Garage in Avis and also at The Motor Mart in Jersey Shore.  John loved NASCAR and short track racing. He most enjoyed spending time with his wife and family.

Besides his parents, he was preceded in death by his brother Robert Fidler, who passed away December 2019.

Services will be private at the convenience of the family. Donations can be made in John’s memory to the Avis United Methodist Church, 215 Prospect Avenue, Avis, PA  17721

To send flowers to the family or plant a tree in memory of John Willard Fiedler, please visit our floral store.

You can still show your support by sending flowers directly to the family, or by planting a memorial tree in the memory of John Willard Fiedler
Share a memory
© 2021 Rearick-Carpenter Funeral Home, Ltd.. All Rights Reserved. Funeral Home website by CFS & TA | Terms of Use | Privacy Policy