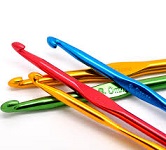 RAUCHTOWN - Dorothy Mae (Roupp) Confer, 89, passed away peacefully Thursday, March 3, 2022 at her home of Knarr Road, Rauchtown. A beloved daughter, sister, mother, grandmother and friend who will be dearly missed.

Born April 7, 1932 in Salladasburg, one of ten children, she was the daughter of the late Donald L. Roupp and Beulah F. (Paulhamus) Roupp. Dorothy was Baptized at Salladasburg Methodist Church and became a member of the that Church in 1946. She graduated in 1949 from the Jersey Shore High School. Dorothy was married to Robert Karr Confer, February 4, 1950 in Salladasburg, PA. While she had a variety of jobs caring for her family, she enjoyed crocheting, birds, flowers, long nature drives to see the country side and spending time with her family. She also enjoyed Genealogy by keeping a family tree to pass down to the younger generation.

Arrangements have been entrusted to Rearick-Carpenter Funeral Home, 1002 Allegheny Street Jersey Shore, PA 17740. Dorothy’s Life Celebration will begin Wednesday, March 9, 2022 with visitation from 10 – 11 am at Rearick-Carpenter Funeral Home. Funeral services to follow at 11 am and interment will be at Twin Hills Memorial Park, Muncy, PA; beside her loving husband following the service.

In lieu of flowers the family suggests that a contribution in Dorothy’s memory be made to Susquehanna Home Health Hospice, 1100 Grampian Blvd., Williamsport, PA 17701.

To send flowers to the family or plant a tree in memory of Dorothy Mae (Roupp) Confer, please visit our floral store.