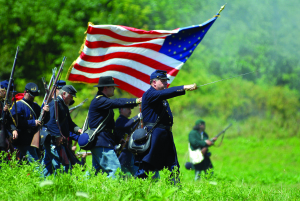 Corey was born on December 18, 1990 in Williamsport, the son of Arthur Y. Schilling, III of Jersey Shore and Deborah L. Goodby of S. Williamsport, also raised by Kevin A. Barr and Nancy C. DeRouen.  Corey was a graduate of Jersey Shore High School in 2010 and was employed as a lead with High Steel Structures, Inc.  He attended the Jersey Shore Presbyterian Church and was a member of the Jersey Shore B.P.O.E. Lodge No. 1057 and Coopers Battery B 1st Pennsylvania light artillery.  Corey was a history buff and enjoyed re-enacting the Civil War, listening to music, playing guitar, hunting, fishing, watching Penn State football and golfing, but he especially enjoyed spending time with his family, homemade pizza nights and Sunday fundays.

In lieu of flowers, memorial contributions may be made in the names of Jayce N. Schilling and Dawson Y. Schilling education funds at Jersey Shore State Bank, 300 Market St., Williamsport, PA 17701.

To send flowers to the family or plant a tree in memory of Corey Nicholas Schilling, please visit our floral store.