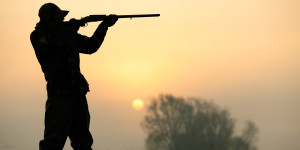 Born September 27, 1934, in Bellefonte, Pa he was the son of the late John S Smith and Helen Sears Decker Smith Kline of Bellefonte.  Douglas attended Bellefonte High School, he graduated in 1952.  He also attended Penn State University and F & M.

During High School he worked at Parish Drug Store and B & S Bldg Supply.  After graduating from high school in 1952 he worked for the Pa. Fish Comm., West Penn Power, and Pa. Dept. of Highways (now known as Penn DOT).  He was drafted in the Army from 1957 thru 1959 spending most of the time in Europe.  He returned to work at Penn DOT thru 1991 when he retired as Chief of party for the survey crew.  He was also a licensed surveyor. After retirement he worked part-time for Clinton County Weights & Measures

Douglas was a lifetime Member of NRA from March 1962, and Bald Eagle Rifle League in 1988. He enjoyed going t o Consolidated Sportsman Club and Tiadaghton Sportsman Club of Lycoming County participating in the Silhouette and High Power Shooting Matches.  He loved to travel and camp at Bald Eagle State Park, Little Pine State Park and shooting matches at Raton, N.M Phoenix, AZ and Ridgeway, Pa to compete in the National events.  He also enjoyed traveling and camping.

Douglas is survived by his wife of 56 years, Anna Marie Verbeck Smith; they were married on October 13, 1962 at St. Paul’s Episcopal Church by Fr Pedrick and Fr. Reimer of Bellefonte, Pa.

He was preceded in death by his brother Swengel J. Smith, Stepfather O E Kline, along with grandparents Nellie George Anderson and Joseph Decker.

Arrangements have been entrusted to Rearick Carpenter Funeral Home, Jersey Shore. Private services will be at the family discretion.

To send flowers to the family or plant a tree in memory of Douglas S. Smith, please visit our floral store.